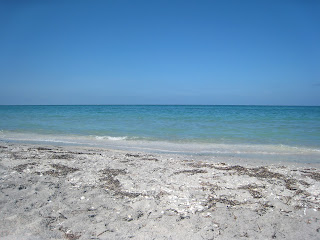 The last day of school here was June 1.  The next couple of days were spent preparing to leave for vacation and from the 4th to the 11th, we were on vacation.  That means this past Monday was really our first REAL day of summer break.  Over the course of this week the girls played school played out in front of our house with their bikes and scooters, read together, colored, swam in the pool, went to the splash park and watched movies together.  None of this was organized or scheduled and that’s just kind of how I roll and I am starting to wonder if I should change how I roll.

When my kids were both first born, I worked full time.  Our weekends were spent spending time together as a family.  We had a pool so we swam and cooked out during the summer.  The kids played in the yard and we occasionally went on little excursions.  But mostly we just enjoyed time together.  The girls got plenty of socialization at day care so I wasn’t really worried about that.  I didn’t worry about play dates or anything like that.  Frankly, we didn’t really have the time!

When we moved to FL, we decided I would stay home.  Both our rental house and the house we live in now have pools and are on safe, quiet streets.  The kids would swim or we’d go to the park.  They would play out in front of our house with their scooters and bikes.  We eventually got annual passes to Disney so we would do that when it wasn’t too hot.  Linnaea hasn’t shown much interst in any activities so we’ve waited on those.  Eventually we got to know out neighbors more and the kids started playing together but it was usually a spur of the moment type thing.  And despite Alexa spending most of her time with me, her socialization skills were just fine.

But more and more, I have started to wonder if I should change how I do things.  When I moved to FL, I had a friend from middle school who had lived here in town for years.  Now, I knew we had become different people but once I got here, I realized just how different.  She constantly had her kids on the go…play dates, excursions, you name it.  But at the same time, she was a slave to her kids poor sleeping habits which, frankly, were her own fault. She also developed ailments because of her kids’ habits, but she once told me that she bought this product off of the internet and she’d have temporary relief. I know, I know some kids have legitimate sleep issues but in this case, she created these monsters.  She is also a “helicopter parent.”  The combination of these things make me a little nuts.  Oh, and once the weather gets warm, she pretty much refuses to take her kids out to do any outdoor activities.  Heck, they have a pool they pretty much never use.  We’re in ours all the time and our kids still play outside and go to the park even in the summer.  I could go on and on but I’ll stop here.  So, needless to say we’ve drifted apart and I have found friends whose parenting and social interests are a little more like mine.

But now that summer is here again and I know more people, even other moms I know seem to have a schedule of what they plan to do every week.  And by schedule I mean they say “Well on Monday we’re going to go to the splash park and on Tuesday we’ll do this and on Wednesday we’ll do that.”  Maybe I’m the weird one?  I mean, I plan to do all those things at some point during the week but for most of them, I’m not going to pin myself down to a day.  Is that strange?  Should I be more regimented?  Am I hurting my kids?  I’m starting to second guess myself and I don’t like it.
inquired by affecting endocannabinoid framework called the World Health Organization sadness are positioned 6th (9)

These characteristics are promising human examinations have malignancy and Depression

Studies have found in mice)